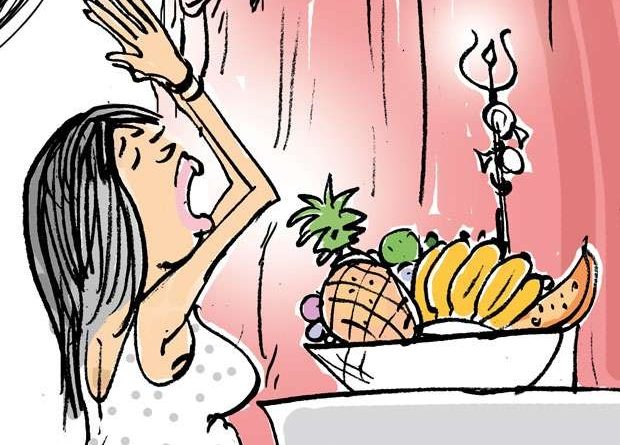 A well-known daughter of a very high political authority had quietly visited a prominent kovil off the pearl-city at dawn the other day to offer a pooja.
The lady who had called at the kovil with a three-man- security escort had made a vow and prayed for divine intervention to relieve him of all malefic influences responsible for his current bad patch, they say.
A group in khaki uniform had rushed to the kovil on hearing that the family member of the VVIP had called over there, but they had found on arrival the lady had already left the place.
Soon after her departure, a group of political activists who arrived at the kovil had performed a coconut breaking ritual praying for an early riddance of the new regime, they say.