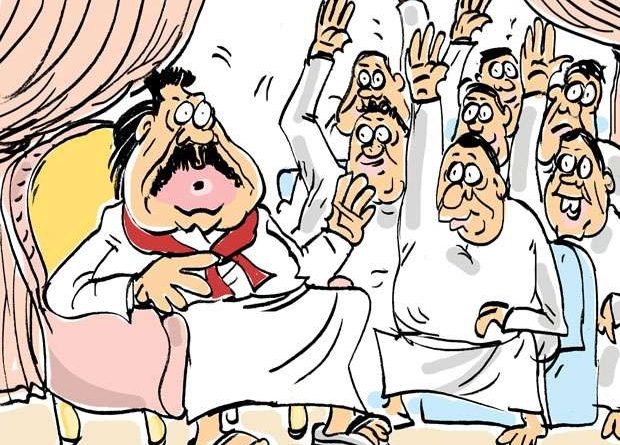 The current Number Two the other day sent for a group of Pohottuwa seniors, who were elevated to top team status in his new regime.

The group that called at the familiar Vijerama official residence post-haste was warmly welcomed by their boss.
After entertaining them to tea, Number Two addressed the grim-faced loyalists.
“I offered you portfolios as soon as I assumed office because I considered it my bounden duty. Now it has become necessary for me to offer portfolios to several others who have thrown in their lot with us. But there is only one single vacancy available!”
The former strongman paused for a minute or two for the effect of what he said to sink in.
Presently he continued: “To be brief, I wanted to see you all, to find out whether there are any among you willing to resign to make way for the newcomers!”
Five politicos among the group immediately raised their hands. “We are ready to resign whenever you want!” they said in unison.
One may ask who were the politicos who readily expressed their willingness to resign immediately.
One of them was a politico who entered the august assembly the same day with the current Number Two.  A legal expert, a big-mouthed character, a Southerner at Diyawanna since 1983 and a stalwart from the upcountry account for the remaining four, they say.