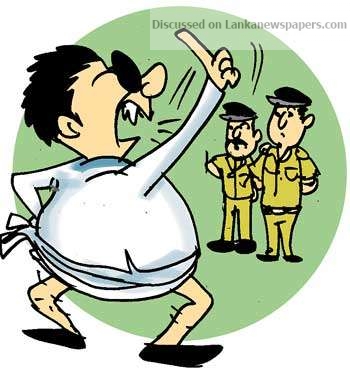 A politico who got a high office with the regime change had stormed a Police Station and demanded that a suspect in custody be immediately released.
The suspect, whom the politico had wanted released, was under an arrest warrant in connection with a series of thefts. The suspect had reportedly played a lead role in organizing a public reception for the politico soon after he was elevated to high office under the new regime, they. The politico who stormed the Police Station about 11.10 in the night on a Sunday had also threatened and abused the officers on duty in filth.