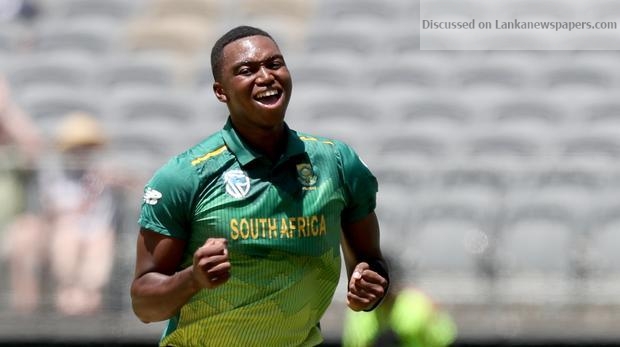 Ngidi made a successful return to provincial cricket this month after injuring his knee in November and along with Kagiso Rabada and Dale Steyn, is an important element of the side as South Africa seek to win a first World Cup trophy.

“His recent form for the Titans in the (domestic) One-Day Cup has been most impressive and he is clearly match fit for international cricket again,” Cricket South Africa selection convener Linda Zondi said in a statement on Sunday.

There is also a first call-up for fast bowler Anrich Nortje, who is also back from injury.

“We want to see what he can offer the Proteas after his highly impressive form in the Mzansi Super League. Outright pace is not something that you can coach, and he looks another exciting addition to our pace arsenal,” Zondi added.

South Africa have rested experienced opener Hashim Amla, while all-rounder JP Duminy has still not returned from a shoulder injury sustained in October.

The first ODI against Sri Lanka will be played in Johannesburg on March 3, with the series to conclude in Cape Town on March 16.

South Africa open their World Cup campaign against hosts England at the Oval on May 30.