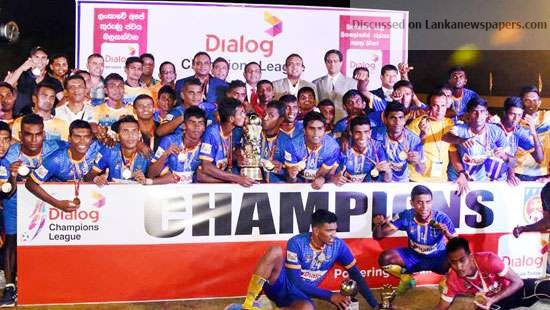 Defenders FC emerged champions of the Dialog Champions League (DCL) Football Tournament when they defeated Blue Star SC 3-1 in the final encounter worked off under lights at the Sugathadasa Stadium in Colombo today (13).

This was the second time that Defenders FC had clinched the Dialog Champions League after their success in during the 2008/09 season.

Blue Star SC scored their goal in the first half through E.B. Channa in the 10th minute.

Defenders FC sealed the game in their favour with Asikoor Rahuman scoring his second goal of the match in the 82nd minute.

Rahuman later went on to win the Most-Valuable-Player Award while Mohamed Luthifi was named Best Goal-Keeper.