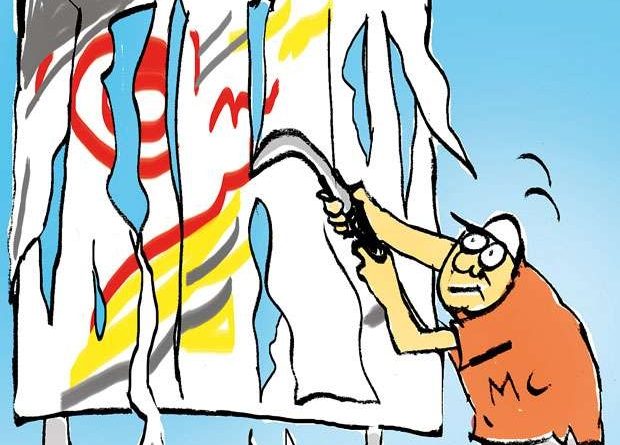 A large hoarding put up to serve a tourism promotion purpose opposite a park in the city had been pulled down and cut into pieces, they say.

A provincial political chief had taken the initiative to erect this board at a cost of Rs. 7 ½ lakhs, but he had failed to obtain the prior approval of a city authority to do so.  The hoarding had been pulled down and cut into strips before consigning it to a junk heap as it had been put up without approval from the authority concerned.