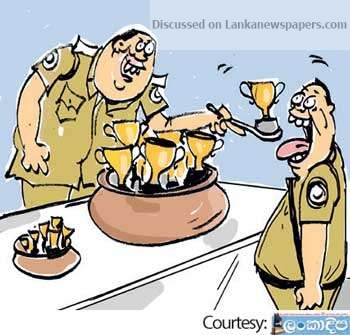 An awards ceremony held recently to felicitate a certain category of high performers with Number One as the chief guest received wide publicity.
Meanwhile, an informal ceremony held to award medals and certificates- to a group of favourites at the headquarters soon after-has raised eyebrows among the rank and file and in official circles, they say.
By the way, departmental sources say that their chief had managed to have some of his intimates and loyalists undeserving of recognition awarded medals and trophies at the official ceremony held earlier.