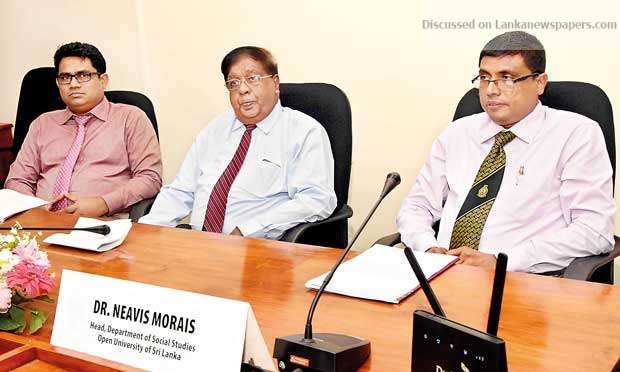 According to Sri Lanka Custom (SLC) Director Mahendra Arthanayake, the number of illicit cigarettes detected by SLC has increased by around 21 percent year-on-year in 2018.
Prof. Colombage pointed out that the lower than projected revenue from cigarette taxes is an indicator of the existence of a massive illicit market.
According to him, the realised budget revenue from cigarette taxes was 3.3 percent lower than the forecast, during the majority of the years between 2009 and 2017.
“It is noteworthy that the actual value was lower than the forecast value in six out of nine years, indicating the existence of illicit trade,” he said.  He emphasised that tax increases alone wouldn’t bring down cigarette consumption in Sri Lanka.
“Although the weighted average excise tax rate rose by 192 percent, the sales of cigarettes declined only by 26 percent during the period 2010-2017.
Even the small reduction cannot be regarded as a decline in the overall smoking prevalence in the country, as smokers may have shifted to the illicit cigarette market, thereby offsetting the fall in legitimate cigarette sales,” he pointed out.
Referring to the findings of the report, Dr. Wickramasinghe said that illicit cigarette consumption is high among migrant communities and low-income consumers, while some traders are also mixing the legal cigarettes with illicit cigarettes to earn high margins.
“In general, preferences for foreign cigarettes are greater among high-income groups. However, low-income groups also widely consume them.
In some places, the price of an illicit cigarette was 30 percent lower than the legal cigarette price. In other locations, certain illicit brands were sold at a premium. Illicit cigarettes are also sold by mixing them with legally manufactured cigarettes and charging the standard price.
This happens because it is difficult for the average smoker to differentiate cigarettes by appearance, although there are differences in taste. In such cases, the traders earn higher profits because cheap, untaxed cigarettes can be sold at higher prices,” he said.
Dr. Wickramasinghe further pointed out that illicit cigarettes are smuggled into Sri Lanka to meet the demand created by the migrant community for cigarettes produced in their home countries.
“These migrant communities have special distribution networks and large quantities of illicit cigarettes are reportedly marketed using online platforms operated in their languages.”
The researchers recommended the government to streamline the legislation to curb smuggling and local trading activities of illicit tobacco products through severe punishments while empowering the law enforcement agencies with providing the necessary facilities and developing human resources to fight illicit cigarette smuggling.