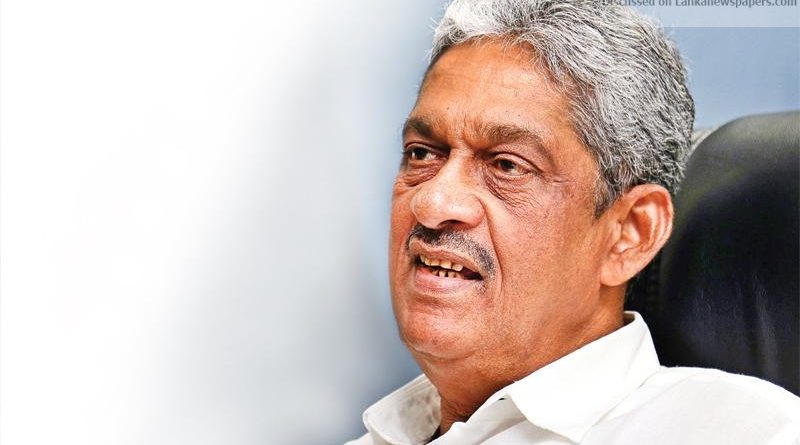 Home Affairs Minister Varija Abeywardene said yesterday a dispute arose as to how Field Marshal Sarath Fonseka as a retired military officer could work with President Maithripala Sirisena as the Commander in Chief of the Armed forces.

He said the matter could be sorted out as the Defence Secretary had already pointed out that Mr. Fonseka was only a retired military officer and could hold any other position in addition to the post of Field Marshal.

He said more ministers will be sworn in after President Maithripala Sirisena returns from an overseas tour which he intends to undertake shortly.

“A 30 member Cabinet was sworn in initially to overcome the crisis which is pertaining to allocation of funds. Others will be sworn in later,” he said. It was also mentioned that legal advice would be sought on increasing the number of Ministers in the Cabinet.

However, the Minister said he was not aware of what happened with MP Palitha Range Bandara who was not given a ministerial portfolio.

“Mr. Range Bandara’s name was also included in the list which was sent to the President but I am not aware as to why he was not appointed as a minister. However we expect to resolve these matters soon,” he said.