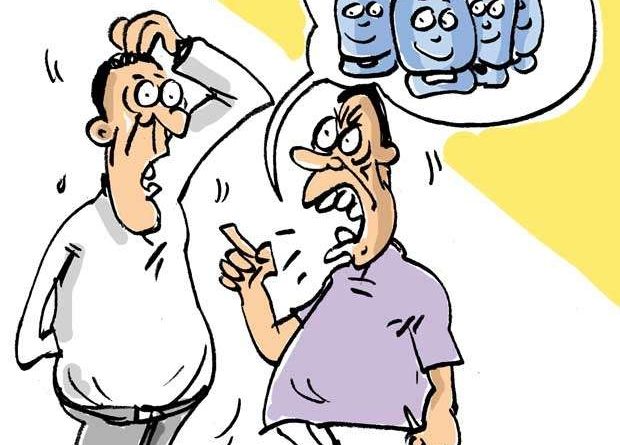 A Central Provincial Blue political bigwig had on the sly provided financial assistance from party funds to four close favourites of his, by way of a regular monthly payment, they say.

The other buddies of the political bigwig had gone livid when they unexpectedly stumbled on this underhand affair the other day. They have now begun berating their ‘chief’ for favouring a select group when they were all backing him through thick and thin in the past.  The irate buddies are said to be going around telling party supporters: “Come the next election we will not raise a finger in support of the chief. Let him depend on his favourite four to do the campaigning!”