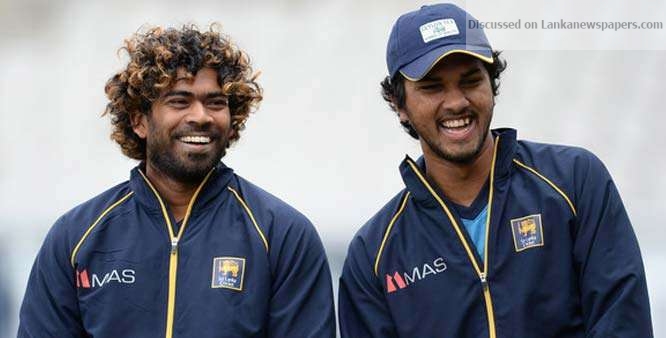 Dinesh Chandimal has been sacked as limited over skipper, just two months after he replaced Angelo Mathews. He has been replaced by bowling spearhead Lasith Malinga who only returned to the limited over side during the Asia Cup after a long break. He ha sbeen given the captaincy up to the World Cup.

Chandimal’s sacking comes in the wake of a 4-1 drubbing at the hands of England at home in the five match series. Sri Lanka also lost the one-off T20 against England.
Malinga who led Sri Lanka to the World T20 title as standing skipper in 2014 has been in terrific form since his return to the side in September.
Niroshan Dickwella has been named as his deputy.

Kusal Perera who missed a place in the Test side as he was nursing from an injury is also back in the ODI side along with Angelo Mathews. Mathews was controversially axed for the ODIs against England citing fitness issues.Veteran opener Upul Tharanga has not find a place in the side.

Sri Lanka will play three ODIs and a T20I against New Zealand soon after the two match Test series concludes starting from January 3. With no minister of sports to approve the team due to the current political crisis, the team has been approved by the President Maithripala Sirisena.