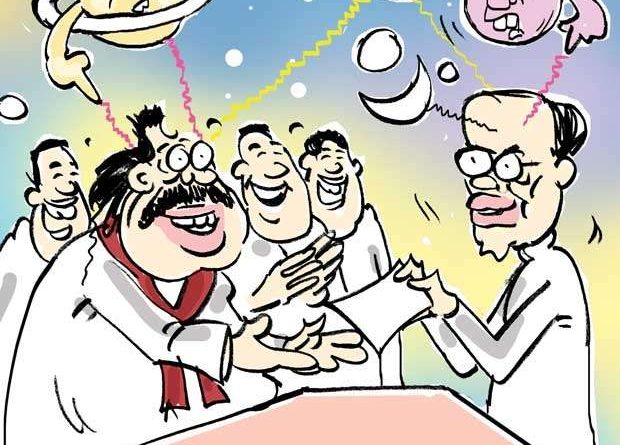 A JO heavyweight recently visited a reputed astrologer for a consultation.

The politico asked the astrologer to explain why everything went against the former strongman from the moment he assumed the Number Two office in the country.

After studying some astrological data, the astrologer replied:

“The current planetary line-up is quite in favour of your boss. But everything has gone awry because of the inauspicious time chosen for him to take up duties in the new office!”

As the politico looked on wide-eyed, the astrologer continued. “That ‘nakata’ was inauspicious because Moon was in the 8th Bhava while Saturn in the 4th Bhava at that moment giving rise to the highly malefic combination called ‘Kanthaka Shani Yoga’!  Therefore, the fault lies not in the person chosen for the high office but in the ‘nakata’ chosen for him to take up duties in the office!”