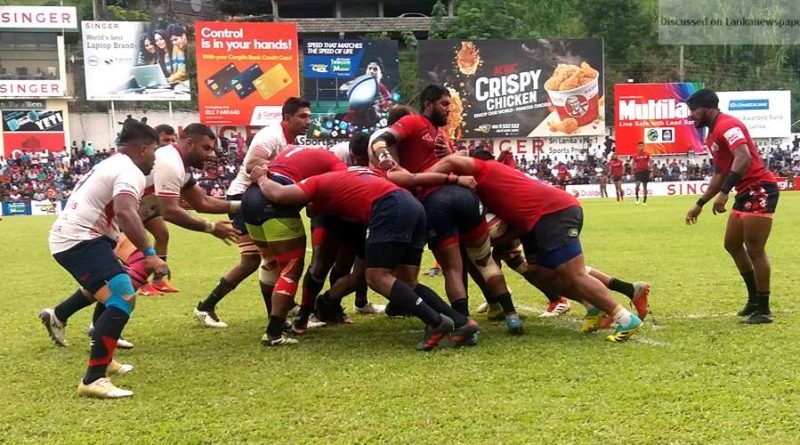 Defending champions Kandy Sports Club continued their winning run when they beat CR and FC by 41 points (five goals and two penalties) to 30 points (three tries and five penalties) in their Dialog Inter-Club League Rugby Tournament fixture worked off at the Nittawela Stadium in Kandy yesterday (02).

At the breather the scores were level 14-all.

Kandy SC drew first blood in the fifth minute through Shehan Pathirana. The try was goaled by Thilina Wijesinghe.

But CR and FC took the lead through two Tharinda Ratwatte penalties. The Red Shirts went further ahead when Joel Perera broke free.

Another Ratwatte penalty took CR and FC to a 14-7 lead.

However, Kandy SC hit back through their number eight Buwanka Udangamuwa who handed off more than three CR and FC players to touch down under the posts. Wijesinghe added the extra points.

Wijesinghe converted all three tries and also put over the last penalty of the game.

For CR and FC Chamod Fernando and Reza Rafaideen touched down. Ratwatte added two penalties for the Red Shirts.