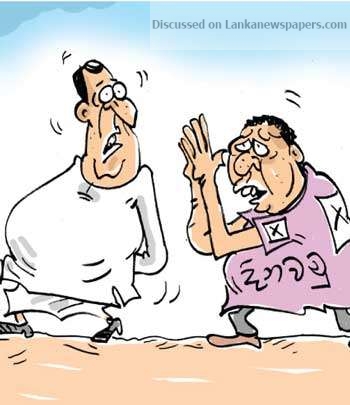 A businessman sibling of a very powerful authority is planning to enter national politics with a big bang.
He has already picked an upcountry electorate as his political base, they say.
This worthy had earlier vowed that he would never take to politics, but lately has not only changed his change but also is rearing to make his appearance in the political scene at the earliest. However, he has to receive the nod of his powerful family member before taking the plunge, they say.
Nevertheless, the man has already begun the spadework to contest the upcoming general poll from the chosen upcountry electorate close to the sacred city.