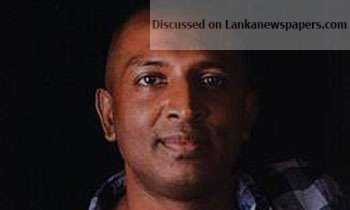 The Police today released a photograph of 40-year-old Damitha Sagara Chandrasiri, the missing editor and scriptwriter of the ‘Koombiyo’ teledrama and sought public assistance to locate him.

They said a friend of his had complained to the Police on October 29 saying that Mr. Chandrasiri, who was a resident of Senanayaka Mawatha, Vanniyankulama in Anuradhapura has been missing since October 24 from his boarding house in Nawala.

Police said police stations had been notified about the disappearance.

‘Koombiyo’ became a super hit in Sri Lanka overnight for its unique script and the captivating roles of the two main actors.