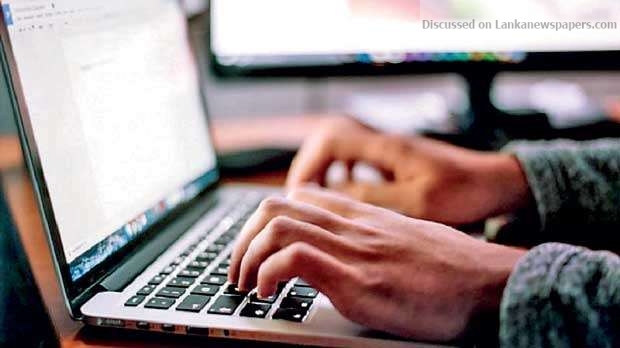 Sri Lanka’s overall computer literacy reported for 2017 was 28.6 percent, while the urban sector showed the highest computer literacy rate of 40.5 percent among residential sectors.
Computer literacy rate for rural and estate sectors were 27.1 percent and 9.1 percent respectively, according to an annual bulletin on Computer Literacy Statistics – 2017, published by Department of Census and Statistics Sri Lanka.
The percentage of computer literate population over the survey periods has been gradually increasing and accordingly, the survey results show an increase of 3.7 percentage points from 2014 to 2017.
In 2017, at least one computer was available in 22.8 percent of households in the country. That is about one out of every five households owns either a desktop or a laptop computer. This percentage is 38.2 percent in urban sector, and rural and estate sector show 20.6 percent and 4.5 percent respectively.
When the provinces are considered, the highest availability is in the Western province (35.2 percent) while the lowest is reported from the Uva (11.0 percent).
Among the provinces the highest level of computer literacy is reported from the Western province (38.8 percent). The lowest computer literacy is reported from the Eastern province (14.7 percent).
Computer literacy by district level shows the existing differences among districts and further shows the prevailing digital divide.
Computer literacy among the employed population who are aware of computer in Sri Lanka is around 59.0 percent in 2017 and positions such as senior officials and managers (70.0 percent), professionals (86.8 percent), technical and associate professionals (82.9 percent), clerks and clerical support workers (89.1 percent) have higher computer literacy rates.
Also, even among the individuals who engage in elementary occupations 24.0 percent are computer literate. All groups show an increase in literacy over the survey years.
Among the unemployed, aged (20-24) group shows the highest computer literate population percentage (69.6 percent). Annual results reveal that among unemployed many have at least some ICT skills. Even among the group aged 40-69 every one out of four is computer literate (27.7 percent) in 2017.
When the digital literacy is considered, 40.1 percent (aged 5-69) has digital literacy. Digital literacy is higher than computer literacy for all disaggregated levels,

showing the shift from personal computers to smartphones and tablets.