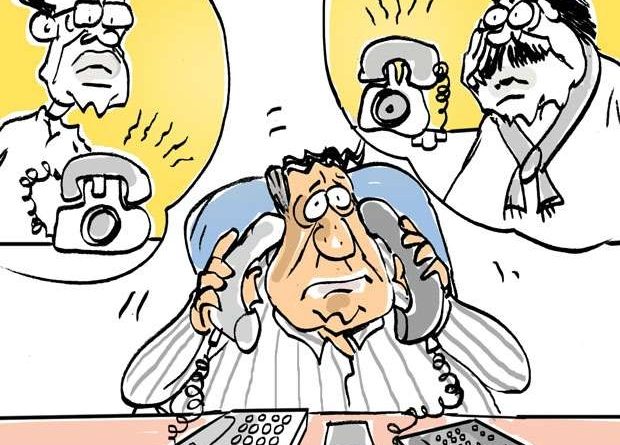 There is a white-collar high-up whom some in political circles brand as ‘a queer one’ these days.

This character holds a very high office which has assumed greater significance in the context of the ongoing Constitutional crisis in the country.
This white-collar high-up would call every political party leader in the country and tell him:
“Sir, I am sick of this job.  What could you say about my predicament?  Just tell me what I should do! I will do it!”
He is said to be calling at regular intervals, the former Number Two, the current Number Two and even another prominent figure in the R-family.
After being convinced that the character is nutty, all political party leaders have stopped answering his calls, they say.  Meanwhile, the lesser mortals of the office of this white-collar high-up have already apprised the current Number Two of the dead ropes he had given to various political leaders. They have described his garrulity as a congenital abnormality, they say!