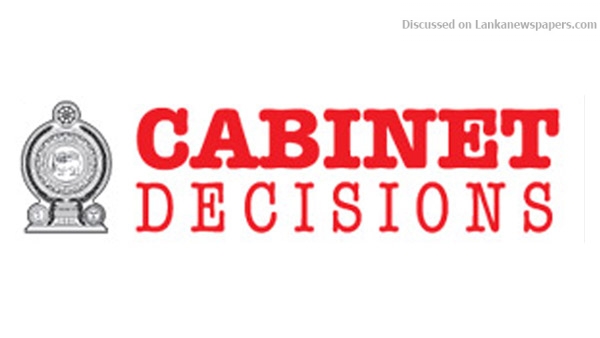 Cabinet approval has been granted to present a Vote on Account to secure provisions for 2019 first quarter, Co-Cabinet spokesman and Ports and Shipping Minister Mahinda Samarasinghe said.

Cabinet approval has also been granted for the proposal presented by International Trade and Investment Promotion Minister Bandula Gunawardana to appoint a committee comprising of experts in the Government and private sector with sufficient qualifications to prepare a National Market Policy for Sri Lanka.