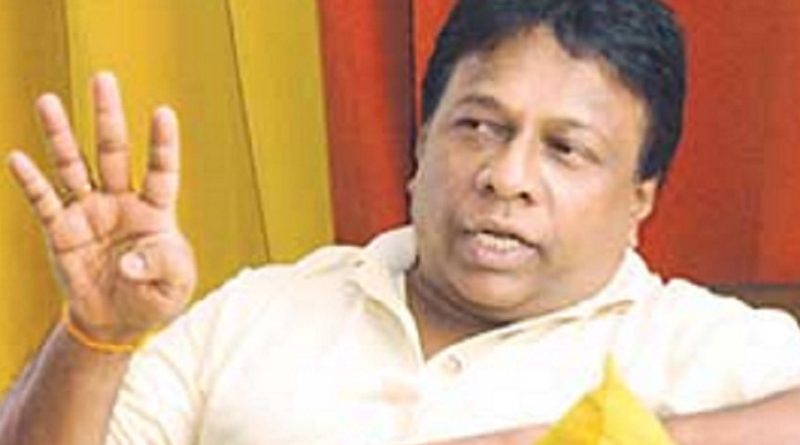 Under the direction of the Prime Minister Mahinda Rajapaksa led Government, steps will be taken to revoke the fuel pricing formula which is based on changes in the market retail prices, Parliamentarian Dullas Alahapperuma claimed today (30).

Speaking at a Media briefing held at the Prime Minister’s Office in Flower Road, he further claimed that after 10 November, the public would no longer have to be distressed about the said formula.

Responding to the Media with regard to allegations of corruption being the reason for proroguing the Parliament, he asserted that none of the MPs in his faction would be involved in underhand dealings.

He further said that Speaker Karu Jayasuriya hosting a Party leaders meeting today (30) was unconstitutional as well as unethical.

Addressing the Media at the same occasion, MP Vasudeva Nanayakkara said that the Speaker should take a neutral stance given the current situation.

Being critical of foreign envoys including the United States Department of State directing President Maithripala Sirisena and the Speaker to act according to the Constitution with regard to the ousting of the Ranil Wickremesinghe and appointing Rajapaksa in his place, he said that this matter is to be decided internally and international interpretations of the matter were not needed.

Further, MP Mahinda Yapa Abeywardena claimed that the main objective of the Rajapaksa led Government is to host the General Election as soon as possible to prove the mandate of the public and he invited MPs’ to unanimously support this decision.

Meanwhile, Minister of Ports and Shipping Mahinda Samarasinghe elsewhere said that the matter with regard to the revocation of the aforementioned formula was not taken up during the first Cabinet meeting held on 30 October.

Moreover, a letter issued claiming that Wickremesinghe had requested the aid of the UN Peace Army which was headed as ‘Prime Minister of Sri Lanka’ was subsequently confirmed as a forged document.