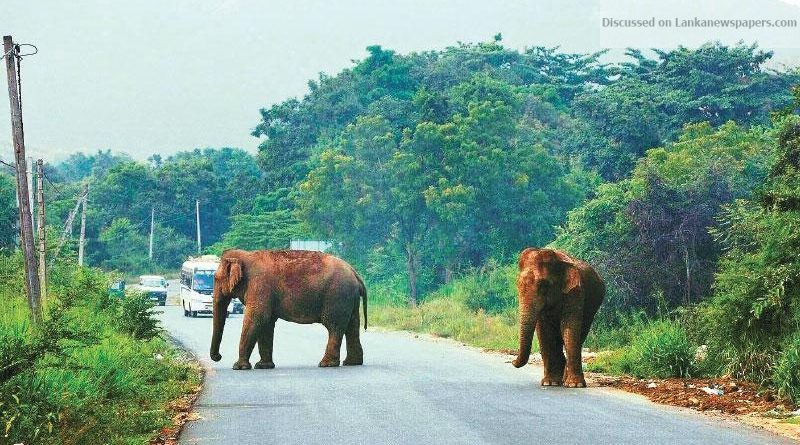 Elephant habitats are declining and the frequency and severity of the Human Elephant Conflict (HEC) is increasing, calling for alternative approaches to HEC management. Studies undertaken in Sri Lanka have shown that translocation and confinement are not a viable management strategy and jeopardize the survival of Sri Lanka’s elephants, both within and outside the PAs and with no long term benefit for reducing HEC. This is largely because restricting elephants to Dept. Wildlife Conservation (DWC) Protected Areas (PAs) reduce their current habitat to about 30 percent of what they use at present. Most national parks are already at or even beyond carrying capacity and hold the maximum number of elephants they can support.

Additionally, national parks are generally primary or mature forests providing only sub-optimal habitats for edge species, such as elephants. Over two thirds of elephants in Sri Lanka have home ranges that go beyond areas controlled by DWC. Research has shown that elephant drives that are conducted mainly in response to political and social pressures have failed to eliminate crop raiding elephants from the drive areas. While herds tend to be driven, the crop raiding males often remain behind.

Communities have confirmed that the remaining males become more aggressive and develop into a bigger threat to people after such drives. Construction of electric fences along the administrative boundaries of DWC PAs has failed to yield the expected outcome of HEC mitigation since DWC PAs are often surrounded by forest reserves which are sometimes better habitat for elephants than DWC PAs. Therefore, this results in fence breaking by elephants. Yet, we act as if we will never learn from our mistakes and continue with “business as usual”, while practical and implementable solutions to reduce HEC exists.

Wildlife expert Dr. Sumith Pilapitiya will be presenting the October installment of the monthly Lecture Series on October 18th at the Jasmine Hall, BMICH starting at 6.00 pm.

The Wildlife & Nature Protection Society Public Lecture is open free to all members and non-members.