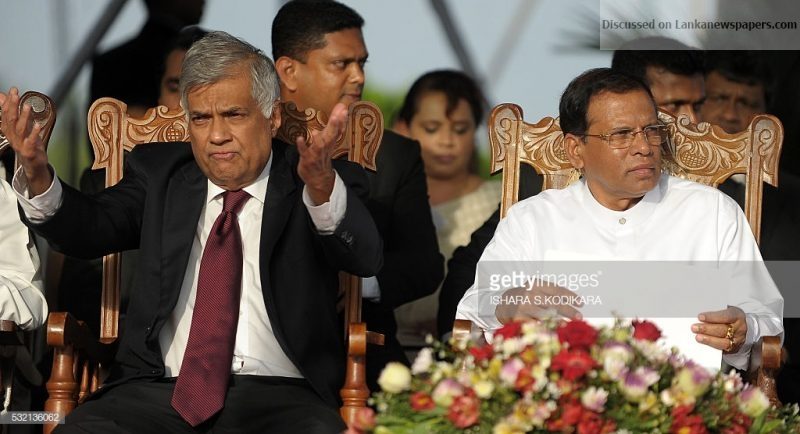 October 17, 2018 (LBO) – Media and political sources say the announcement of the dissolution of the boards of directors of the Board of Investment (BOI), Bank of Ceylon (BOC) and Peoples Bank is imminent.

These actions have come as a surprise move on behest of President Maithripala Sirisena.

The Chiarman of the BOI is former Etisalat CEO Dumindra Ratnayake, while BOC Chairman is Ronald Perera PC, and People’s Bank Chairman is Secretary to the President Hemasiri Fernando.

The dissolution of the boards of these institutions comes amid rising tensions between the President and the UNP.

Just today, the President called Indian Prime Minister Narendra Modi in response to media reports that he had alleged a RAW assassination plot against him. Multiple official statements have come out denying these reports.

An article in ‘The Hindu’ newspaper in India claimed that multiple cabinet sources had verified that the remarks had been made at the last cabinet meeting.

The moves on the BOI and state banks come amidst an uncertain political backdrop, where President Sirisena has the constitutional authority to call a Presidential Election starting January.

There have been widespread accusations of Malpractice at the BOI, BOC and Peoples Bank during the tenure of this government, the latest being sensational headlines over a ‘train deal’ involving State Minister Sujeewa Senasinghe. Moves to expose these malpractices are a key tactic in the current political brinksmanship.

The sacking of the boards of these state institutions has shocked many in the corporate sector. In one of the more sensational responses to the news, one high level corporate source said that if forensic audits of BOC and People’s Bank are done, the amount of bad debts that will be discovered will be akin to finding a “mass graveyard.”