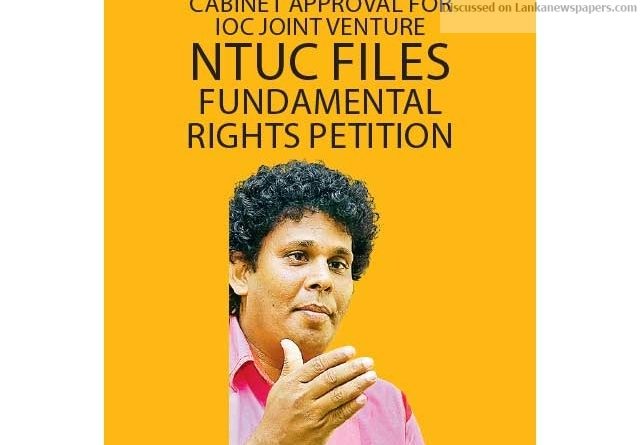 It has been mentioned in the Petition that the Ceylon Petroleum Corporation (CPC) which has stored stocks of oil in the Oil Tank Complex has paid a sum of Rs. 680 million to IOC.
The Petition also requests to have this money reimbursed to the CPC.
In 2003, the United National Party Government handed over the China Bay Oil Tank farm on a 35-year lease to the IOC.
From then the IOC has been using 14 oil tanks located in the Lower Tank Farm. Cabinet approval has been granted as of now to develop all 99 tanks at the China Bay Oil Tank Farm through the joint venture with the IOC. Here, the Government has decided to assign 15 oil tanks to the IOC and 16 tanks to the CPC and jointly use the balance 68 tanks.
The Common Workers Union of the CPC had also filed an FR petition in 2017 seeking an order for the Sri Lankan Government to take over the China Bay Oil Tank Farm.