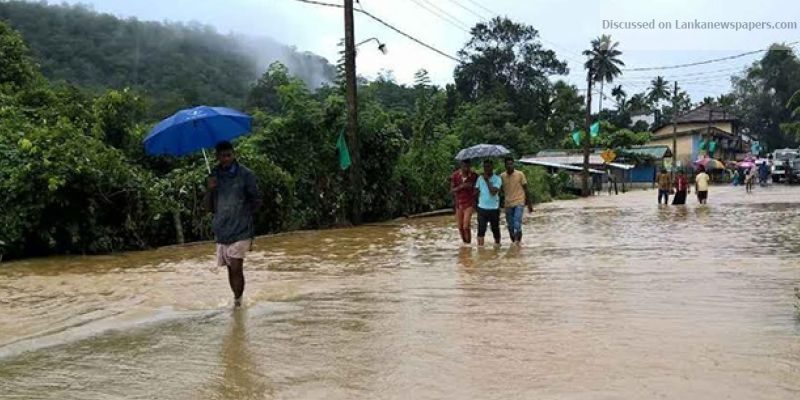 In its latest assessment, the Disaster Management Centre says, despite a reduction in heavy rain fall, a total of 12,453 persons belonging to 2,641 families still remain in relocation centres.

The DMC said 16 districts have been affected by the inclement weather with 12 deaths reported during the past two weeks.

A total of 69,583 persons of 17,303 families have been affected by the adverse weather conditions experienced in the country.

The DMC said 39 houses have been destroyed while 1,899 houses have also been partially damaged due to adverse weather.

The DMC has also coordinated with Military agencies and Police to mobilize troops for response actions.

Accordingly, 19 officers, 650 soldiers with response equipment have been mobilized in three districts to support ground efforts. Furthermore, 50 officers and 1,275 soldiers are also on standby.

Meanwhile, the Department of Meteorology says according to latest date it has observed a reduction in rainfall in many areas in the country.

The Met Department said the Cyclonic Storm “TITLI” in the Bay of Bengal in now moving away from the country.

Accordingly, the prevailing showery condition in the south western part of the island is expected to reduce from tomorrow.

However the Met Department said showers or thundershowers can be expected at times in Western, Central, Southern and Sabaragamuwa provinces.

Meanwhile, the landslide watch issued by the National Building Research Organisation is still effective in Kalutara, Galle and Badulla Districts.