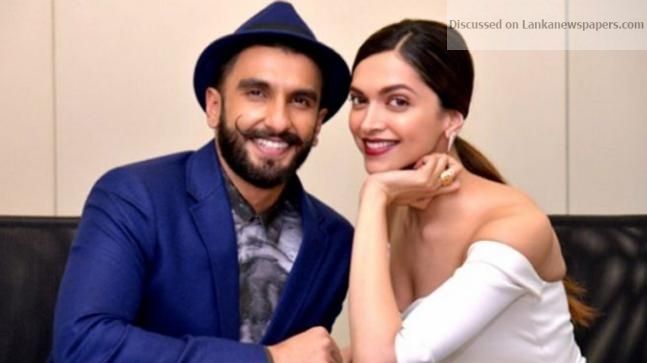 2018 seems like a year of Bollywood weddings. At a time when B-Town watchers were busy lapping up every single detail from Sonam Kapoor and Anand Ahuja’s big fat Punjabi wedding, Neha Dhupia surprised everyone by posting a picture with husband Angad Bedi from their Gurudwara wedding.

And now all eyes are on the wedding of Ranveer Singh and Deepika Padukone. Buzz has it that Bollywood’s very own Bajirao Mastani are all set to make things official very soon.

After being in a relationship for over five years, Deepika and Ranveer are rumoured to be tying the knot this November. Rumour has it that the lovebirds have chosen the picturesque location of Lake Como in Italy for their wedding.

But two months before the speculated date of wedding, a new report suggests that Ranveer and Deepika’s wedding might have been pushed back by a few months.

According to a leading TV channel, Ranveer and Deepika might tie the knot in early 2019. The report suggests that Ranveer and Deepika have made themselves available during what is generally a wedding-heavy season. And this has led to the speculation that they might have actually pushed their wedding date to 2019.

The report suggests that one of the main reasons why the November wedding rumours had gathered momentum was that the couple had apparently turned down a number of events, offers and other such engagements during that period. But in the latest twist, both Deepika and Ranveer have apparently declared themselves available during what is generally a wedding-heavy season. Instead, word is that they’ve pushed back their wedding to the first few months of 2019.

In fact, Ranveer and Deepika have remained tight-lipped about their wedding plans.

On the work front, Ranveer is busy with Rohit Shetty’s Simmba. Deepika, on the other hand, has returned the signing amount for Vishal Bhardwaj’s film on Sapna Didi.