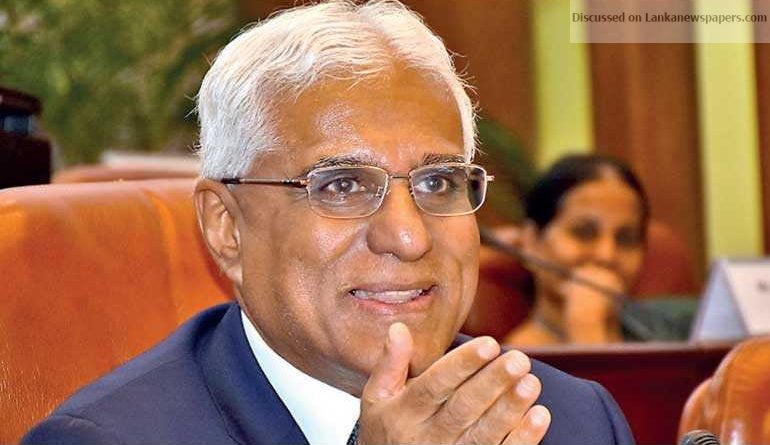 With a raft of measures taken and additional inflows in the offing, the Central Bank yesterday reiterated its reassurance on the rupee and the economy whilst claiming that the excessive public and political furore over the currency’s dip was unwarranted.

Whilst declining to indicate what the ideal level was, Central Bank Governor Dr. Indrajit Coomaraswamy yesterday said the rupee was competitive, especially to boost exports whilst the Real Effective Exchange Rate (REER) at present was 100.

The local currency weakened 4.7% in September against the dollar after a 1.2% drop in the previous month. The Central Bank yesterday put the year-to-date depreciation at 9.7%. Sri Lanka is not the only emerging economy to suffer a steep dip in its currency but there are several. (see chart inside).

The Central Bank said high import growth (13% in first half) and $ 467 million capital outflows (year-to-date), in the context of a strengthening US dollar, exerted significant pressure on the exchange rate.

The Governor said the Central Bank spent $ 184 million (net) to defend the currency or as he put it “curtail disorderly adjustment in the exchange rate” during the first few weeks of September. The amount was negligible in comparison to the billions of dollars spent in 2011/12 and 2015 yet failing to prevent a sharper dip of the rupee. Past regimes also imposed blanket credit ceilings though temporarily.

He said the series of recent policy measures introduced by the Government and the Central Bank were helping to stabilise the rupee. Those included margin deposit requirements for letters of credit opened for the importation of personal motor vehicles, cash margins on selected non-essential consumer goods imports and the suspension of concessionary vehicle permits for a limited period.

“These measures are expected to ease the excessive demand for foreign currency and hence the pressure in the domestic foreign exchange market as already observed in the stabilising exchange rate,” the Central Bank said.  Some of the restrictions encompass $ 1.5 billion worth of imports based on past data.

Confidence over the measures implemented and other macroeconomic fundamentals saw the Monetary Board on Monday keeping policy rates unchanged though money markets were expecting an upward revision.

Dr. Coomaraswamy said that a tightening monetary policy was not warranted as yet as the economy had an output gap and the rebound in growth must be supported. Subdued inflation was another factor which went in favour of the Monetary Board decision though the Central Bank expects upward pressure on prices following recent developments. Moderating credit growth (14% year on year in August) was also considered by the Monetary Board in arriving at its decision. Sri Lanka’s real interest rates still remain well above several peer emerging market economies. (see Page 11 for the rationale for the Monetary Board decision).

The Governor also opined that the excessive hue and cry over the depreciation of the currency was unwarranted since a competitive exchange rate was beneficial to boost exports and discourage unnecessary imports.

“An overvalued rupee only subsidises foreign producers of goods,” Dr. Coomaraswamy argued. “A depreciation of the rupee doesn’t mean a collapse of the economy,” he said, adding that there is an uptick in GDP growth, inflation remained subdued and reserves were over $ 7 billion.

He said that foreign inflows were expected to increase with $ 1 billion long-term financing from the China Development Bank likely by this week or next and the Government looking to raise $ 500 million via $ 250 million each from a Panda Bond and Samurai Bond in addition to a maximum of $ 1 billion via an International Sovereign Bond later this year.

The Central Bank also confirmed that the country had received $ 1.3 billion in Foreign Direct Investments (FDI) in the first half of this year as against $ 564 million a year earlier.

The Governor expressed confidence that the economy in the second half would grow better than the first six months rate of 3.6% and 4% full year growth would be “good to get.”