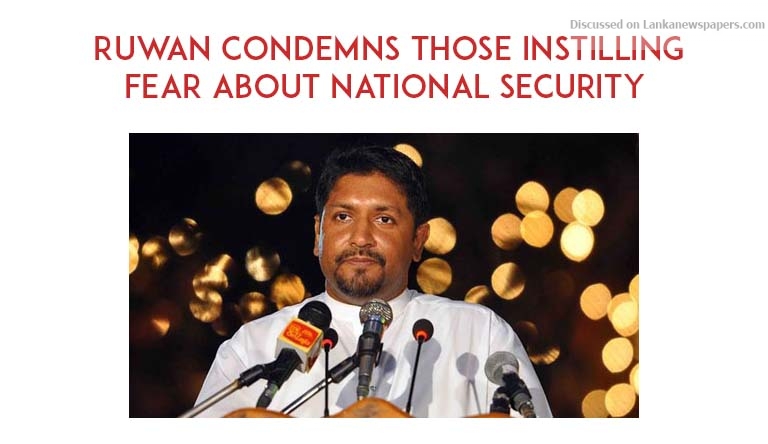 State Minister of Defence Ruwan Wijewardene yesterday condemned the false and baseless statements made by some elements with ulterior political motives with regard to the national security.

Addressing a meeting in Biyagama Minister Wijewardene said, this group of people had been engaged in a futile attempt of spreading such false statements regarding national security since the political change that took place in January 2015.

He stressed that the government always took decisions after analyzing matters relating to security, giving utmost priority to national security.

He added that a group of power-hungry politicians have been instilling fear and suspicion in the minds of people that the country’s security was at risk.

“I must stress that under the advice of President Maithripala Sirisena, the guidance of Prime Minister Ranil Wickremesinghe and all security chiefs of security, arrangements are being made to strengthen security at all times,” he said.