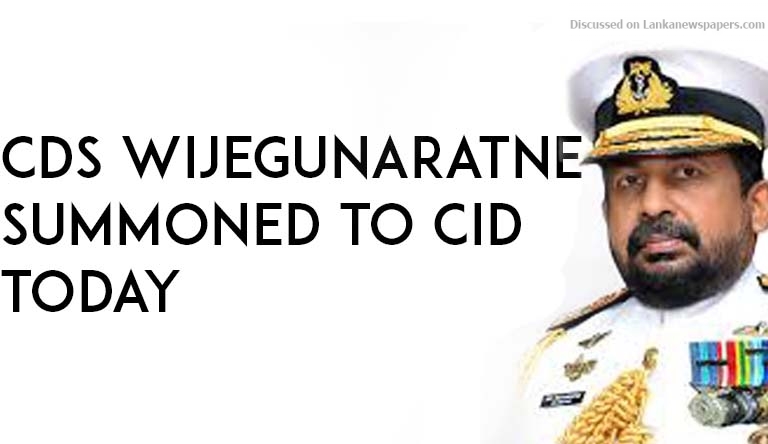 Former Navy Commander and Chief of Defence Staff (CDS) Admiral Ravindra Wijegunaratne had been summoned by the Criminal Investigation Department (CID) to give a statement today, CID sources said.

Colombo Fort Magistrate Lanka Jayaratne on August 29 ordered the CID to take necessary action to arrest former Navy Commander and Chief of Defence Staff (CDS) Admiral Ravindra Wijegunaratne if there is sufficient evidence to prove that he had aided and abetted a Navy Officer, Chandana Prasad Hettiarachchi alias Navy Sampath, to evade court where the magisterial inquiry into the disappearance of 11 youths was underway.

‘Navy Sampath’, who was the main suspect to the incident, was arrested by the arrested CID on Lotus Road in Colombo with a fake identity card on August 13.

CID sources told Daily Mirror however that there was a real possibility that CDS Wijegunaratne will not appear in front of the CID for them to record his statement.

A high-up in the CID said that it will initiate legal action against CDS Wijegunaratne if he failed to appear in front of them today.