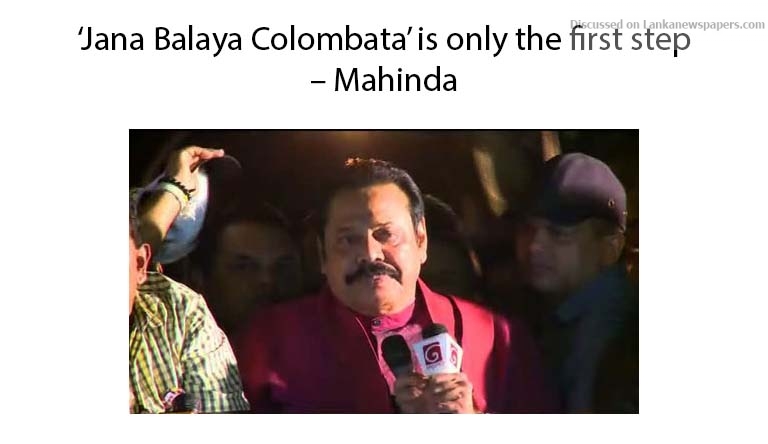 Former President Mahinda Rajapaksa says that today everybody in the country – from the poor man to the businessman – are hurt due to the actions of the ruling government.

Addressing supporters at the Joint Opposition rally at Lake House Roundabout in Colombo, he also accused the government of secretly introducing bill which look to divide the country.

“Not only are they dividing the country, they are burdening the public even more by continuing to impose taxes,” he said.

He charged that democracy is slowly disappearing from the country which is slowly moving towards a dictatorship. Rajapaksa also accused the government of postponing Provincial Council elections.

Rajapaksa said that today the country’s President or Prime Minister have can go to Jaffna and deliver speeches criticizing him because he gave them that right.

“This is only the first step in our journey,” the former President said, referring to the protest campaign.

Tens of thousands of opposition supporters marched in Colombo to demand the government step down. The protest march and public rally titled “Jana Balaya Colombata” was organized by the Joint Opposition on Wednesday (5).