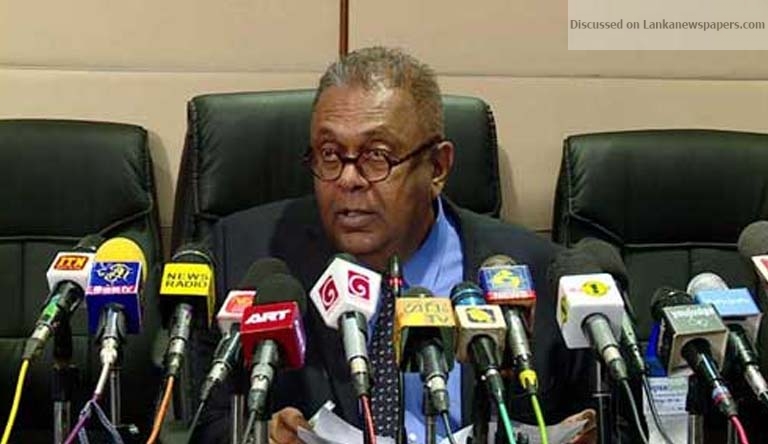 The current government can only be toppled by public’s power of vote, said Minister of Finance and Mass Media Mangala Samaraweera.

Holding a press conference, he stated that there are accepted methods of holding protests; however, the ‘Jana Balaya’ protest of the Joint Opposition does not follow them.

This protest is only a ruse of Namal Rajapaksa to avoid judicial sentences by sacrificing his father’s followers, Minister said. If he wants to get the sacrifices from our side, he will be disaaponited, he further said.

When questioned about the alleged cancellations made on the rally by 5 stadiums, Samaraweera said that there was no such thing when he called the Colombo Municipal Council.

He says that MP Namal Rajapaksa is inconveniencing the public through this protest, yet it is only held to pressurize the judiciary.

MP Namal Rajapaksa is using the image of his father, former President Mahinda Rajapaksa, to deceive the innocent public to come to Colombo, Samaraweera adds. Their only aim is to get one of these innocent lives killed by the government, however, we won’t let that happen, he said.

However, if they act violently, they will have to be controlled, said the Minister responding to a question of a journalist.