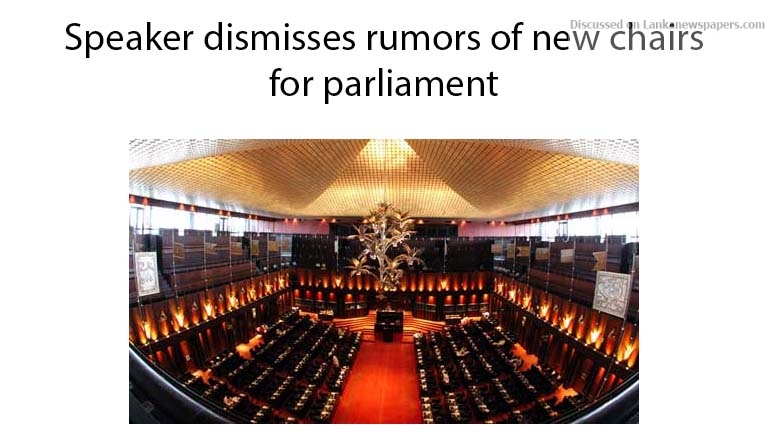 There have been no preparations to purchase new seats for the Chamber of the Parliament, the Speaker’s Office stated issuing a press release.

The claims by certain media that the parliament is planning to purchase 232 new seats for its Chamber are completely false and baseless, according to the Speaker’s Office.

The announcement further states that there are no plans to change the carpets of the Chamber either.

According to the press release, the standpoint of the Speaker is that the seats and other equipment within the parliament are symbols that contain a certain historical value, hence, any changes made to them should be carried out with extreme care.

Speaker’s office emphasized that, any damaged seats in the Chamber should be repaired with minimum expenses, not replaced with new ones, and the symbols of the proud history of the parliament should not be altered under any circumstances.

However, the parliament, which is visited by diplomats and over 3500 school children daily, will be repaired as necessary and its procedures will be carried out with maximum frugality and transparency under the supervision of the Speaker, the release mentioned.

According to the release, the attention has currently been given only to reparation of the roofing and lavatories in the parliament. Hence, the Speaker’s Office denies the news regarding the purchase of new seats for the Chamber, claiming that it is being circulated with the malicious intention of defaming the members of the parliament.