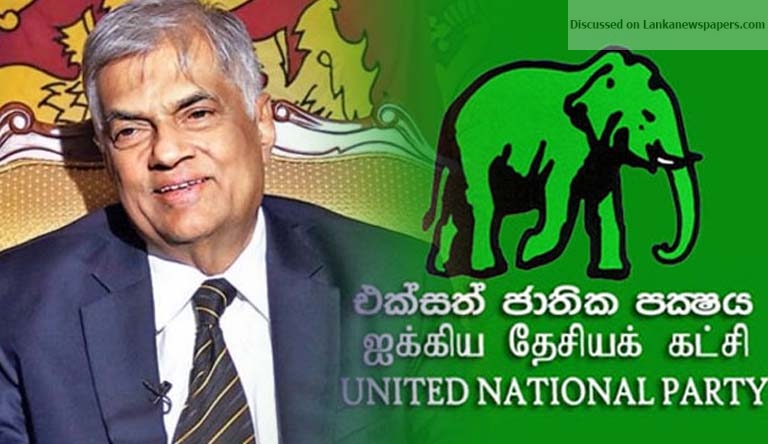 United National Party (UNP) backbencher, MP Chaminda Wijesiri, yesterday (21), said that the UNP is distressed over President Maithripala Sirisena not appointing its MPs as Monitoring Parliamentarians to Ministries.
Therefore, he would raise a matter of privilege against President Maithripala Sirisena’s alleged political favouritism, to the Sri Lanka Freedom Party (SLFP) MPs, at the next Parliament sittings scheduled to commenced on 23 August, he stressed.
Elaborating further, Wijesiri alleged, “It was revealed in Parliament that Sri Lanka Freedom Party (SLFP) National List MP Malith Jayathilaka has been appointed as the monitoring MP by President Sirisena. But he continues to refuses to appoint our (UNP) MPs to such posts. This is a clear favouration to the SLFP. The President has neglected the UNP and it is very unfair. “If the President wants to be fair, then he should appoint monitoring MPs from both, the SLFP and the UNP. But he only grants such posts to the MPs of his party. As the largest party in unity Government, the UNP also has a right to these posts. Therefore, this behaviour of the President cannot be accepted. Either he should grant such posts to both parties of unity government or not grant anyone anything at all,” Wijesiri asserted.