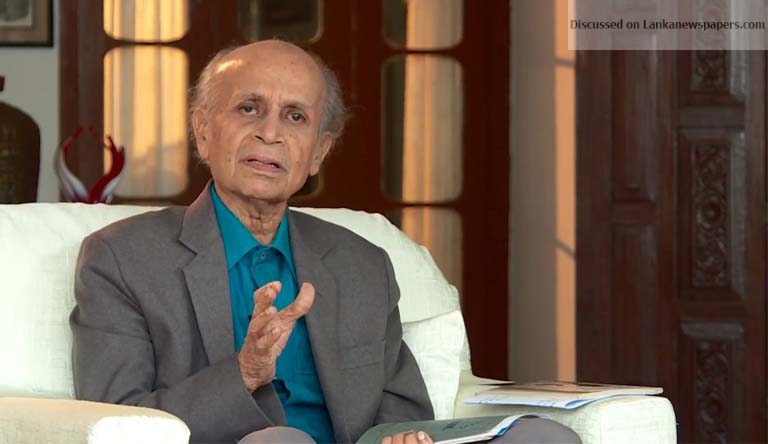 Former Sri Lanka Medical Council Chairman Prof. Carlo Fonseka yesterday (31) hinted that Minister of Health, Nutrition and Indigenous Medicine Dr. Rajitha Senaratne may be a possible candidate for the Presidency.
Prof. Fonseka made this remark while delivering the keynote speech at the ‘Suvapathi’ honouring ceremony at the Nelum Pokuna Mahinda Rakapaksa Theatre, which was held to appreciate Minister Senaratne for being elected as one of the four Vice Chairmen of the World Health Organization (WHO).
Prof. Fonseka recalled as to how both former Prime Minister S.W.R.D. Bandaranaike and current President Maithripala Sirisena became leaders of the country after being Ministers of Health.
“Both leaders were Ministers of Health and later became leaders of the country. This seems a trend. I do not know whether this is a prediction or not. But, I see the same possibility in Dr. Senaratne to become the President of Sri Lanka one day”,  he elaborated.
President Maithripala Sirisena acknowledged Prof. Fonseka’s hint and gave his blessings.
He said, “Prof. Fonseka gave us a hint about Dr. Senaratne. I give my blessings to him in this regard. But both me and Bandaranaike left our parties to become leaders. Therefore, Dr. Senaratne should decide as to whether he should remain where he is now or whether he should take leave from there and carry on.”