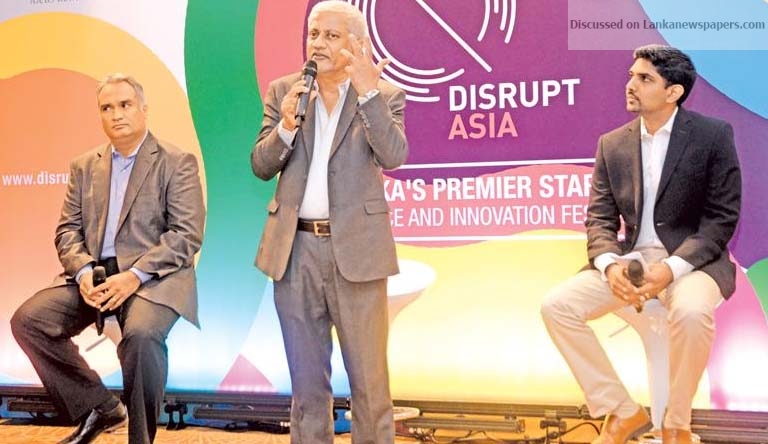 The ‘Google Loon’ project is still alive and discussions to solve the frequency issue, which brought the project to a halt, is continuing, a senior official of the Information Communication Technology Agency (ICTA) said on the sidelines of a ceremony to launch the ‘Disrupt Asia 2018’ Start-up conference and Innovation festival organised by ICTA.

According to Telecommunication, Digital Infrastructure and Foreign Employment Ministry sources, the Minister had held discussions with officials of the International Telecommunication Union (ITU) in Geneva last week to sort out the frequency issue that put a spoke on the project.

The ITU coordinates the shared global use of the radio spectrum, promotes international cooperation in assigning satellite orbits, works to improve telecommunication infrastructure in the developing world and helps in the development and coordination of worldwide technical standards.

“The obstacles should be addressed first to continue the project and once the frequency issue has been solved work on the project could resume,” ICTA Chairman Prof. Rohan Samarajeeva said.

The project aimed at beaming the Internet to remote areas of the country via balloons, hit a legal snag following tests carried out since the project was launched in mid 2015. The ‘Project Loon’ used roaming balloons to beam.

However, ICTA, according to Prof. Samarajeeva, has a series of programs to empower the country through digital technology. “Information Technology (IT) and IT enabled services is a key area highlighted in the National Export Strategy (NES). The country has to think beyond and focus on products and services that has knowledge at the centre,” Prof. Samarajeeva said.

He also said that Sri Lanka’s exports have dwindled and as Sri Lanka is no longer considered a low income country exporters need to think big, add value and be innovative.

“Disrupt Asia will foster that mindset helping entrepreneurs to be innovative. To be a player in the IT sector one needs to think different and think bigger than Sri Lanka. The event is not a trade show rather it is an occasion for people to interact and be open to new ideas,” Prof. Samarajeeva said.ICTA Program Manager Industry Development Program Sachindra Samararatne said since the launch of Disrupt Asia three years ago over 700 participants have been inspired to take the plunge and venture out as start ups.

He said following the workshop on entrepreneurship held at the event last year ICTA launched the Educate to Innovate’ program targeting 2000 school teachers across the island with the aim of upgrading them with the new shift in the pedagogical approach to deliver content and knowledge to students.

Disrupt Asia is aimed at widening the start-up landscape of the country and inspiring the next wave of growth. The innovation festival at the event is an entrance free opportunity which will showcase many technology innovations from Sri Lanka and will comprise work of art and digital activations for the public to experience and interact.

The third edition of the event will be held at the Trace Expert City, Colombo on August 11 from 4 p.m. to midnight.