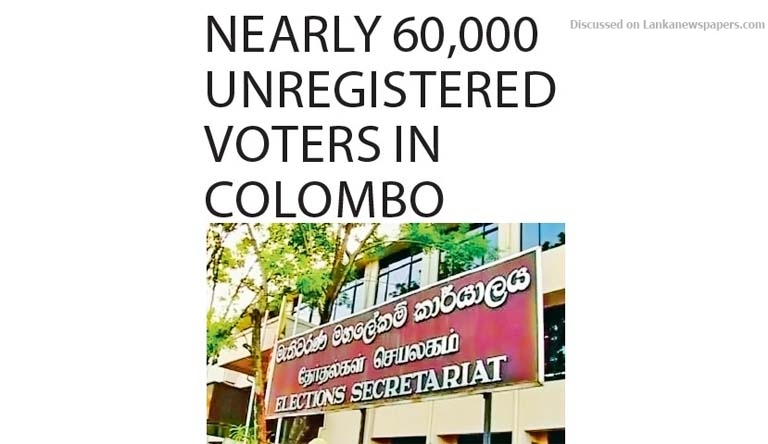 The Election Commission says that at least 60,000 voters in Colombo District have not registered in voter register for year 2018/19.
A senior officer at the EC, in an interview with Ceylon Today, said this would be a turning point in upcoming Provincial Council (PC) and Presidential Elections.
He said, “When we look at the statistics of previous elections, it is clear that the winning party and candidates had gained power by a narrow margin. In a situation like this, 60,000 voters in Colombo District not being eligible to cast their votes would impact the final results of PC and Presidential elections.”

Furthermore, the officer said the EC has noticed that voters who belong to upper middle class in Colombo District are seemingly not interested in registering their names in the voter register.  On the other hand, those who have to admit children to Grade 01 in school have showed more interest in the registration, he added.
The EC would give another opportunity for those who were unable to register in the voter register from 10 August, the officer said and pointed out that everyone who wants a better country should register to cast their votes.