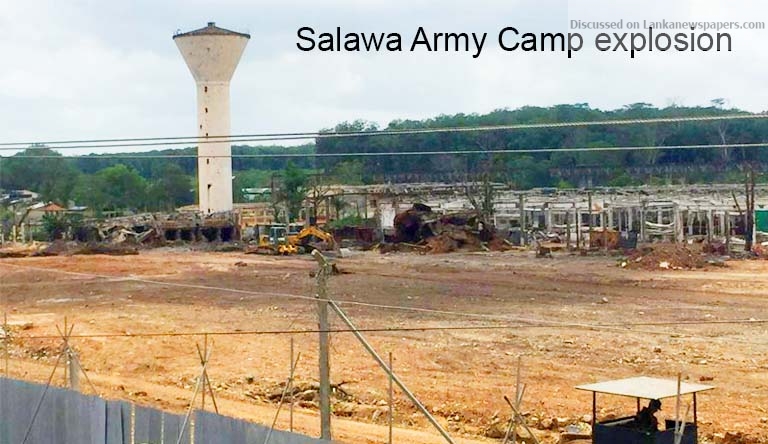 Disciplinary action is to be taken against 14 Army officers stationed at the Kosgama Salawa Army Camp during the massive explosion and fire which occurred at the camp’s armoury on June 5, 2016 causing immense destruction.

The 14 includes a Brigadier who was the Deputy Commander of the camp at the time. Army Commander Lt. Gen. Mahesh Senanayake has taken this decision based on the internal investigation report, following the investigation into the incident.

According to the report, the destruction caused to state property including vehicles is nearly Rs. 1,290 million. The damage to private property runs into several millions of rupees.

Meanwhile, the Army Commander has decided to conduct a separate investigation into the death of Corporal Janaka Chaminda, who died during the fire.

In addition to the Government Analyst’s report on the explosion and fire, a separate investigation was also conducted into the incident by a selected team of army officers.