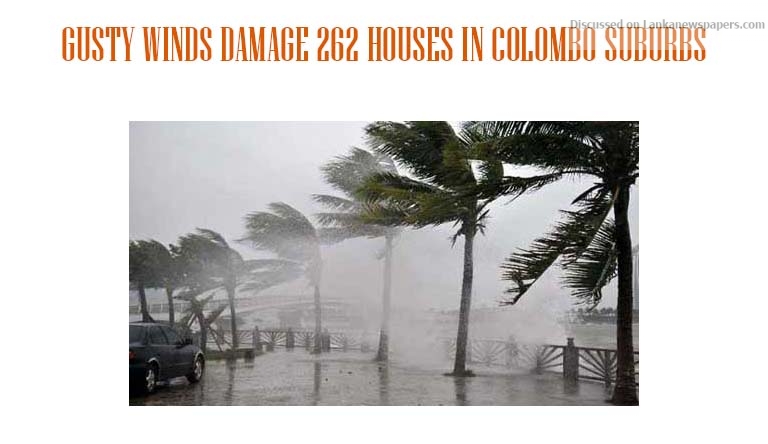 Around 262 houses had been partly damaged due to strong winds that prevailed across Colombo suburbs on Tuesday night.

Disaster Management Center (DMC) Deputy Director Pradeep Kodippili said 117 houses in Homagama, 23 houses in Kesbewa, 4 in Padukka, 24 houses in Moratuwa, 70 in Ratmalana and 26 houses in Dehiwala had been partially damaged.

“A total of 849 persons in 263 families had been affected due to strong winds that prevailed in the Colombo suburbs,” he said.

“The possibility for increasing wind speed is still high in the sea areas around the country and it will also continue further in the next few days,” he said.

The Meteorology Department said showers will occur at times in the sea areas extending from Puttalam to Matara via Colombo and Galle.

Winds will be south-westerly in direction in the sea areas around the island and wind speed will be 30-40 kmph.