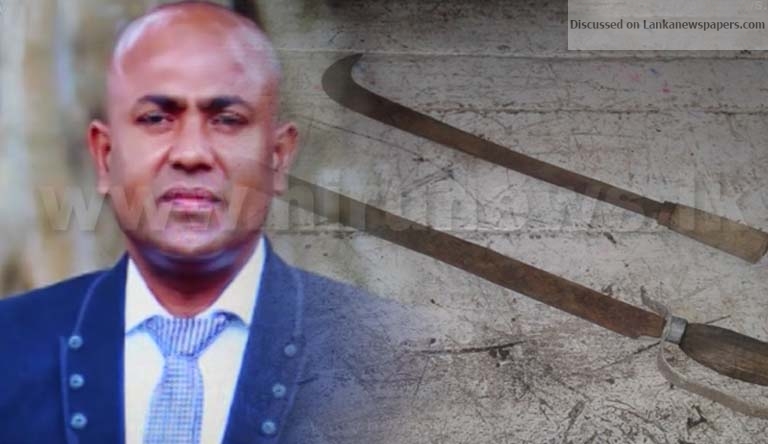 Headlines
July 9, 2018 Lankanewspapers 0 Comments
Another two suspects have been arrested in Thammannakulama, Anuradhapura over the murder of a father of three.
They have killed him using sharp objects in Vanniyakulam, Anuradhapura.
Police said that three swords used in the murder were also recovered in Yahalegama Tank in Anuradhapura today.
Additionally, the motorcar used for the murder has also been found.
The main suspect behind the incident along with another individual was arrested this morning in Nochchiyagama.
45-year-old Sujeewa Prasanna Kumara Hettiarachchi, who was a resident of Ruhunu Mawatha, Wijayapura -, Anuradhapura was murdered on 5th of this month using sharp objects.
Initial investigations revealed that four individuals were involved in the murder.
Speaking to media, the wife and a daughter of the deceased stated that they too have received death threats now.
However, Police Media Spokesperson, SP Ruwan Gunasekara speaking at a media briefing in Colombo today said that the police have received several complaints against the victim and his family before.
https://youtu.be/fFUntUm6UjM?t=15
https://youtu.be/jubaOXeCZos