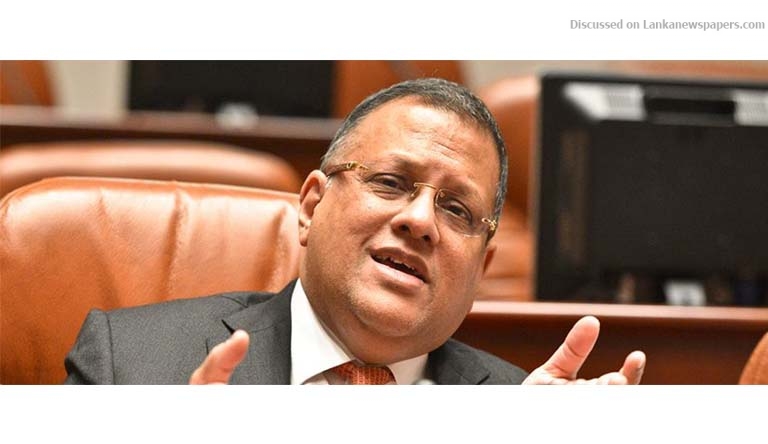 Political representatives say that Prime Minister Ranil Wickremesinghe, who is currently in Singapore, should be able to return with the fugitive former Governor of the Central Bank, Arjuna Mahendran.

UPFA Parliamentarian S.M. Chandrasena stated that when they had heard that the Prime Minister was visiting Singapore that they were happy because they had expected him to bring his friend, Arjuna Mahendran back to the country.

Chandrasena also continued to say that Mr Wickremesinghe would not hand over the country’s treasury, the Central Bank to someone who he would not know and therefore should be certainly knowing his whereabouts.

Meanwhile, JVP Parliamentarian, Sunil Handuneththi stated that the best way to locate Arjuna Mahendran is to send a camera behind the Prime Minister.