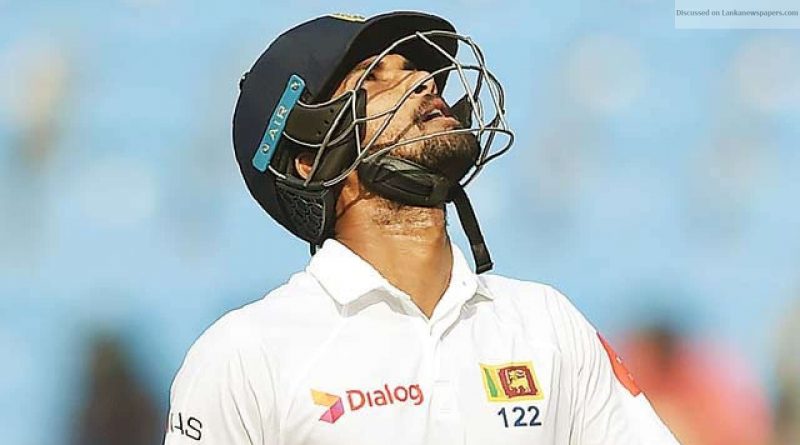 Dinesh Chandimal’s appeal against ball tampering charges was dismissed by the Judicial Commissioner despite there not having been conclusive evidence to show his action had changed the condition of the ball. Chandimal pleaded for interim relief until the final hearing is concluded. This would have allowed to him to play the third and final Test which began yesterday.

Chandimal got the maximum penalty of one Test ban and one hundred percent of his match fee after he was accused of changing the condition of the ball by applying the residual saliva of an artificial substance in his mouth to the ball.

Defence lawyers, comprising Chandaka Jayasundara PC, Pulasthi Rupasinha and Mehran Careem, argued that International Cricket Council (ICC) match officials failed to follow due procedure set out in ICC rules in respect of reporting an offence. “Therefore, the very inquiry and the decision impeached in these proceedings are a nullity and the decision out to be set aside,” the defence submissions state.

According to the submissions, none of the umpire reports during the course of play on day two shows any evidence of changing the condition of the ball. If they suspected any change of the condition of the ball, the umpires should have acted in terms of the article 41.3.4 and 41.3.5 which includes changing the ball forthwith and awarding five penalty runs.

The lawyers had also argued that the ‘purported’ video footage gives no conclusive evidence to show that Chandimal was putting a sweet into his mouth.

Sri Lanka team management were only informed of the change of condition of the ball just before the start of third day’s play–long after the same ball had been used until the end of second day’s play.

However, the Judicial Commissioner upheld the decision of the Match Referee Javagal Srinath who found Chandimal guilty in terms of the ICC Code of Conduct for Players and Player Support Personnel for the alleged offence of changing the condition of the ball.