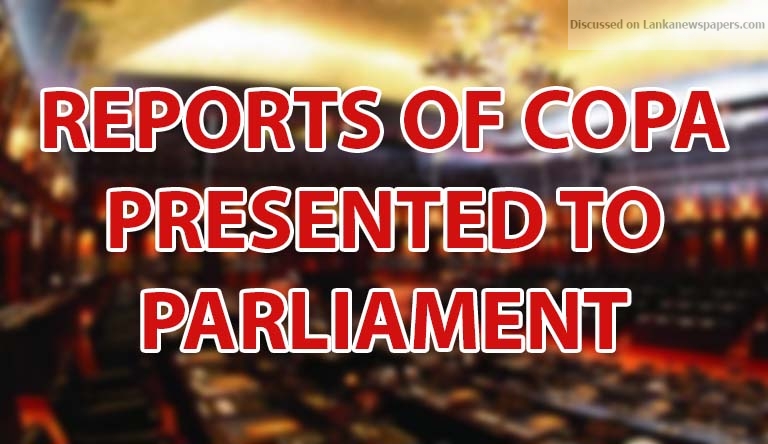 The Deputy Minister said state institutions which showed efficiency in 2015 were recognized. Leader of the House Minister Lakshman Kiriella proposed for the report to be printed. Meanwhile, the Speaker made clarifications about all documents on the bond report being presented to the Parliament.

Speaker of Parliament Karu Jayasuriya stated that the Secretary to the President had informed in writing yesterday while also notifying that the advice of the Attorney General has been sought, about releasing all documents pertaining to the Bond Commission report and that the advice will be immediately followed the moment consent is given to do so.

He also requested that till he receives these documents regarding the bond issue from the Presidential Secretariat in a legal manner that all media institutions and MP’s should refrain from publishing and making statements which would harm the integrity of Parliament and its Members.