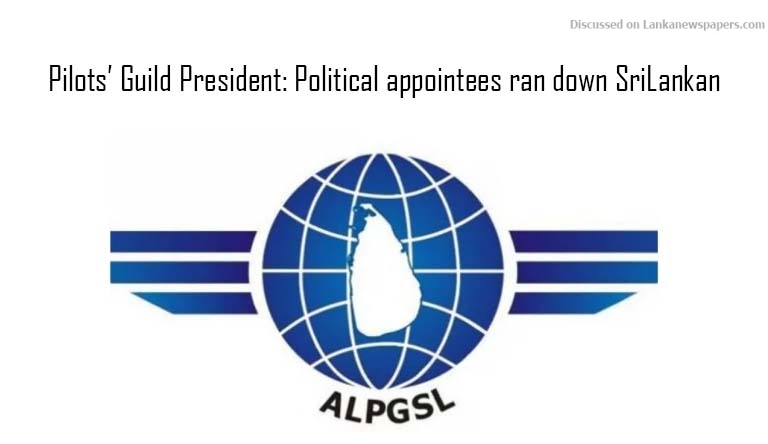 The Chairmen, CEOs and boards of directors appointed to SriLankan Airlines since the exit of Emirates management had not contributed to the development of the company, Captain Ruwan Vithanage, President of the Airline Pilots’ Guild of Sri Lanka (AAPGSL) told the Presidential Commission of Inquiry (PCoI) on irregularities at SriLankan Airlines, SriLankan Catering and Mihin Lanka, yesterday.

Vithanage said that Harry Jayawardena, who took over the airline after the exit of Emirates had tried to introduce accountability and transparency. “Most of the Chairmen, CEOs and Directors, appointed after the exit Emirates were selected on the basis of family and political connections. We know this because they spoke of their connections openly.

If someone eligible was appointed, others would undermine him, he said, adding that SriLankan Airlines CEO Manoj Gunawardena, appointed in 2009, had a clear vision, but he had been undermined.

Although pilots had been initially hopeful when appointments were made under the current administration, the situation had taken a turn for the worse, Vithanage said, adding that the former Chief Executive Officer of SriLankan Airlines Captain Suren Ratwatte had not been suitable for the post.

“He made some decisions that led to the pilot fatigue, which increased risk of accidents. For some people this is a place where they get on the job training, and we have seen the results of their actions.”