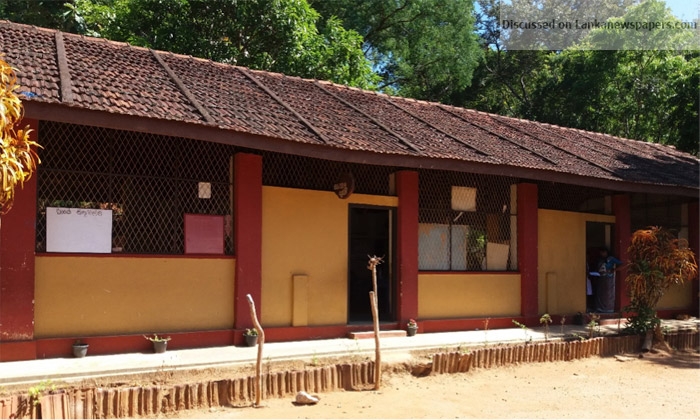 The Southern Province Ministry of Education yesterday (21), said it had decided to close primary schools and primary sections in six education zones of the province for two days, due to an outbreak of influenza.

The Ministry Secretary’s Office added that all preschools in the province would be closed for a week till the situation was brought under control.

The decision had been taken as children had been identified as the most vulnerable group in the spread of the disease.
Chief Minister of the Southern Province, Shan Wijayalal De Silva said that education authorities were on standby to close schools in the South in case the spread of influenza reached epidemic proportions.
De Silva said that authorities were largely concerned about preschool and primary school children. Measures have been taken by the Ministry to appeal to parents to refrain from sending their children to school if they have coughs and colds. Further instructions have also been issued to school authorities to send back students suffering from such symptoms to stem the spread.
He said that the Provincial Ministry of Health, through its directorate, had issued instructions to the public to seek immediate medical attention if they show flu like symptoms.  However, with the three types of flu prevalent in the Province, there was an influx of patients, mainly to the the Galle, Kamburupitiya and Matara Hospitals, where the disease had spread.
He also said that the Central Government’s Ministry of Health, Epidemiology Unit and Provincial Government authorities were working together to bring the situation under control.
De Silva explained that steps had also been taken to increase human resources in hospitals with a large number of influenza patients. Further, special arrangements and wards had been assigned for patients.
Director General of Health Services (DGHS) Dr. Anil Jasinghe said that contrary to reports, only seven deaths had taken place to date due to the outbreak – six children and one adult.
He said a team headed by Director of the Epidemiology Unit would be joined by regional health authorities to assess the situation.
Dr. Jasinghe also held discussions with health authorities in Colombo where he issued instructions to ensure patients in Southern Hospitals are provided with the required medication and equipment sans any shortage, the Ministry said.
Meanwhile, the GMOA yesterday alleged that the present Chief of the Epidemiology Unit lacked the technical knowledge to face the present influenza and flood and landslide situations. GMOA Secretary, Dr. Haritha Aluthge urged the Health Secretary to appoint a qualified person to the post. GMOA protested against this appointment and those of its members who are in the field of community medicine. They commenced trade union action by refusing to adhere to (the Chief Epidemiologist’s) instructions and directives via communiqués.
Dr. Aluthge said that repeated appeals to the Ministry of Health, during the past few months, to appoint the right person had been to no avail. The lack of an Epidemiologist with technical knowledge regarding the subject was now apparent, he said, pointing out that it was almost a month since the respiratory infection had started spreading in the Southern Province.
He further stated that was only last morning that a team went to the South to investigate the outbreak.
“Necessary advice regarding the disease should have at least been given to the public while instructions should have been issued to relevant health and education authorities. However the Director of the Epidemiology Unit had been unable to do so due to the lack of knowledge on the subject,” he reiterated.
“It is time that health authorities open their eyes to the truth. Not only have some of the victims died, but the most vulnerable group is children. Schools have become a main centre for its spread. Therefore education authorities and parents have a major responsibility. Parents should take heed and not send their children to school if they have symptoms, while schools too should ensure that sick children are not in schools,” Dr. Aluthge said, adding that similar attention should be given to day care centres, preschools, tuition classes and dhamma schools.
He said that vulnerable groups should make an effort not to visit public places. Health authorities should take measures to stem the complications of this disease which spreads through drops of spit.
Dr. Aluthge cautioned against the spread of influenza to other parts of the country if timely action was not taken.
He said that the Epidemiology Unit would find it very difficult to cope with the situation in the face of a flood situation and possible landslides.
GMOA however, would not hesitate to support the Government in face of such calamity, Dr. Aluthge reassured.