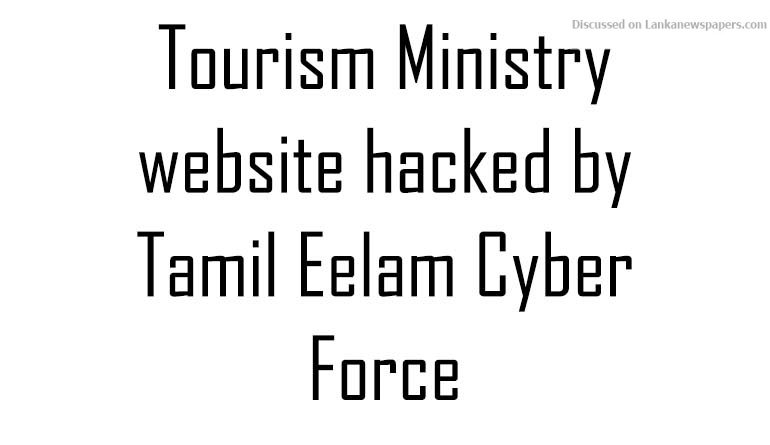 The Sinhalese version of the official website of the Ministry of Tourism Development and Christian Religious Affairs and the website of the Democratic Socialist Republic of Sri Lanka Honorary Consulate in Kerala were reportedly hacked this evening by an organisation calling itself the ‘Tamil Eelam Cyber Force’.

When contacted, Tourism Minister John Amaratunga said he had nothing to do with the site and that there was no one at the Ministry as it was a Friday.

“If anything has to be done to the site, we will have to wait till Monday, as I am also out of the ministry right now,” he said.

When Daily Mirror contacted, the Computer Emergency Readiness Team | Co-ordination Centre’s (CERT|CC), the Principal Information Security Engineer Roshan Chandragupta said they had not received any complaint from the ministry regarding the website hack.

“We did not receive any complaint from the ministry, but only from several other institutions and media personnel. We are looking into the matter,” he said. 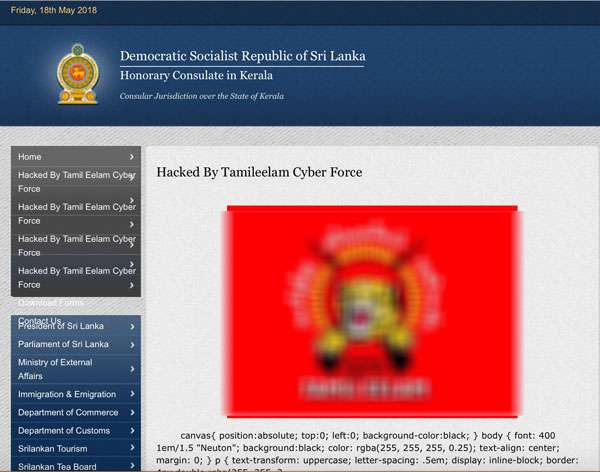 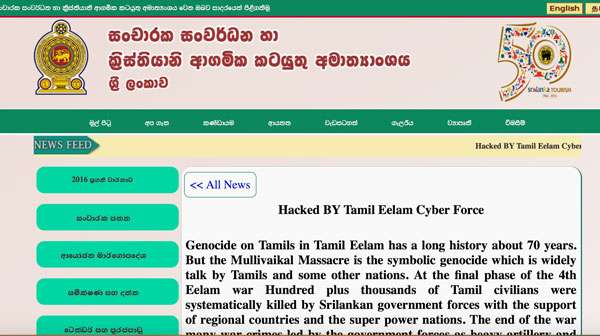 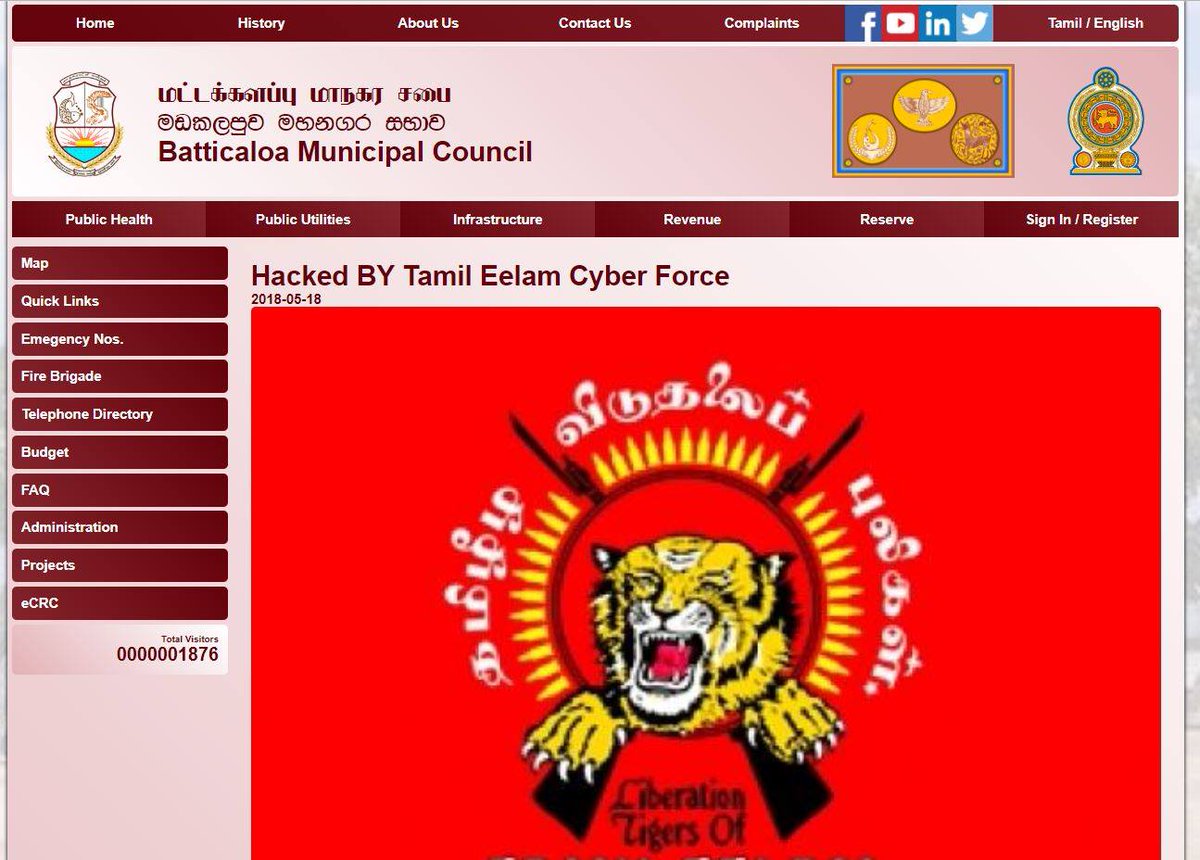