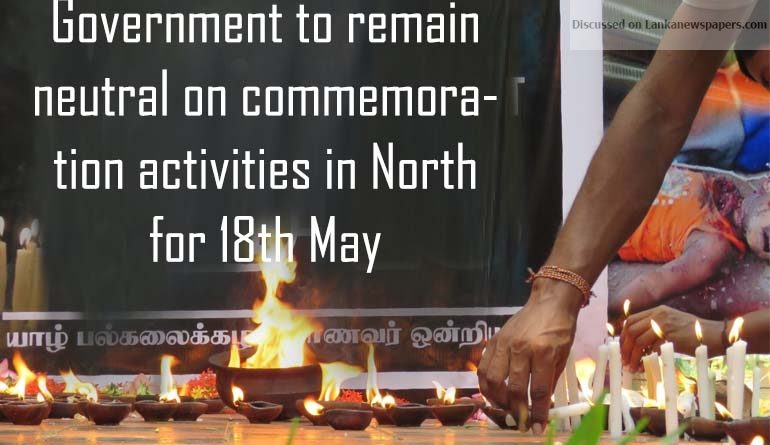 The Government yesterday (16 May) said that it would remain impartial with regard to the planned commemoration activities by the Northern Provincial Council members in the North on 18 May.

Co-Cabinet spokesman Minister Dr. Rajitha Senaratne made these remarks in response to a question raised by a journalist, regarding the Government position on the populace in the North commemorating Tamil civilians that lost their lives during the war on 18 May.

The Minister said that the JVP celebrated their Maha Viru commemoration twice every year.

“The JVP was branded as a terrorist organisation just the same as the LTTE. They commemorate their Maha Viru day twice a year. The people who were killed might have been terrorists for us, but for the people who lived in the North, they were parents, siblings, children and relatives,” the Minister said.

“Just like the politicians in the South, who use religion and ethnicity, rile it up to win some votes, Race and religion are strong weapons in the hands of any bankrupt politician. TNA will not let them name roads in such a manner,” Minister Dr. Senaratne affirmed.  (SG)