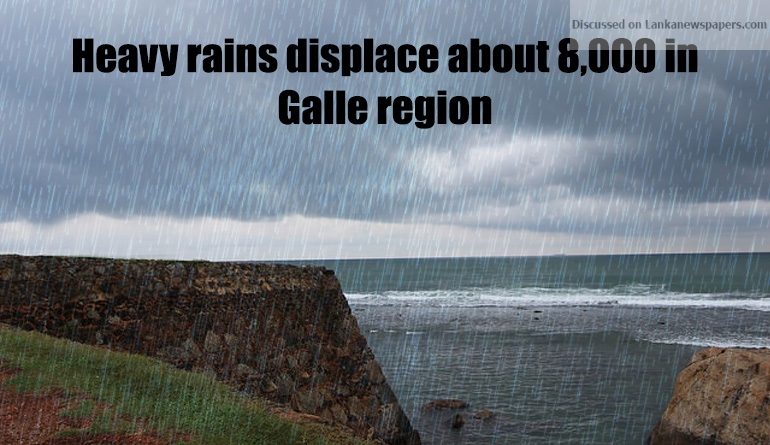 About 2,000 families have been displaced by heavy rains in the Galle region on Saturday night (12), according to the Disaster Management Centre (DMC).

Torrential rains have caused the Moragoda Canal to overlfow, innundating several low-lying areas in and around Galle. Galle Four Gravets, Akmeemana, Poddala and Balapitiya Divisional Secretariat areas affected with 7,736 displaced, a spokesperson for the DMC said.

About 150 houses have been damaged and 20 earth slips reported. Galle received 166.7 mm of rain from 8 am on May 12 to 6 am yesterday (13). The he Met Department expects further showers, over 100 mm, in the Southern Province today, especially after 2.00 pm.

“Heavy rains, up to 100mm can be expected at some places, particularly in the Central, Sabaragamuwa, Southern, Uva and Western provinces and in Polonnaruwa and Vauniya districts. There may be temporary localised strong winds during thundershowers. General public is requested to take adequate precautions to minimise damage caused by lightning”