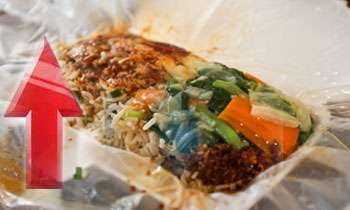 The price of a lunch packet and a hopper will be increased by Rs. 10 and by Rs.2 respectively with effect from tomorrow, Canteen Owners’ Association (COA) said today.

President of COA, Asela Sampath told Daily Mirror that the decision was taken after considering the increase of the price of gas cylinders both by LAUGFS and LITRO by Rs. 245.

He said the price of a food packet is available from Rs. 60 to Rs. 180 at restaurants and accordingly, the price of a Lunch packet will go up by Rs. 10 from tomorrow.

“We have also asked the Hotels Association of Sri Lanka to increase the prices of food such as Kottu Rotti, Fried Rice and other food varieties which generally require a plenty of gas for preparing,” Sampath said.

“The Consumer Affairs Authority [CAA] is taking decisions arbitrarily without consulting relevant bodies. We doubt whether it acts according to the whims of the politicians.

Meanwhile, Sampath added that the government had failed to control the prices of most of the food items like rice vegetables etc,.