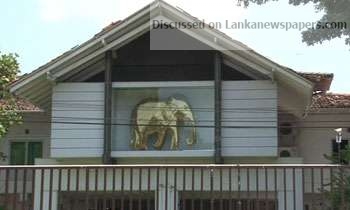 United National Party (UNP) Headquarters is to be handed over to three persons who will be holding three major positions in the party as per the reorganization of the party, UNP sources said yesterday.

A statement from the party said that the party headquarters will be divided into three sections in accordance with the responsibilities which will be given to General Secretary, National Organizer and the Propaganda Secretary which is going to be a newly created position.

In addition, three secretaries will be appointed to assist the General Secretary, National Organizer and the Propaganda Secretary.

However, a crucial decision on these matters is expected to be made by the politburo and the working committee on Thursday, April 26, 2018.