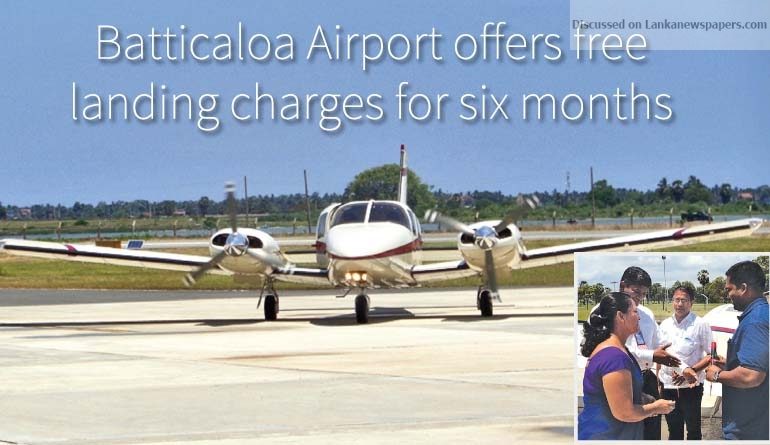 “This is to woo more operators to fly to Batticaloa,” said Minister De Silva at the opening of the airport.”

The Minister said that by the end of the year an aviation school too would be built enabling youth in the region to enter the high paying aviation sector.

The one way fare from Colombo to Batticaloa is US$ 100. Cinnamon Air is also operating scheduled flights to Batticaloa and a few more airlines including Sakura Air too are looking at adding Batticaloa to their radar.