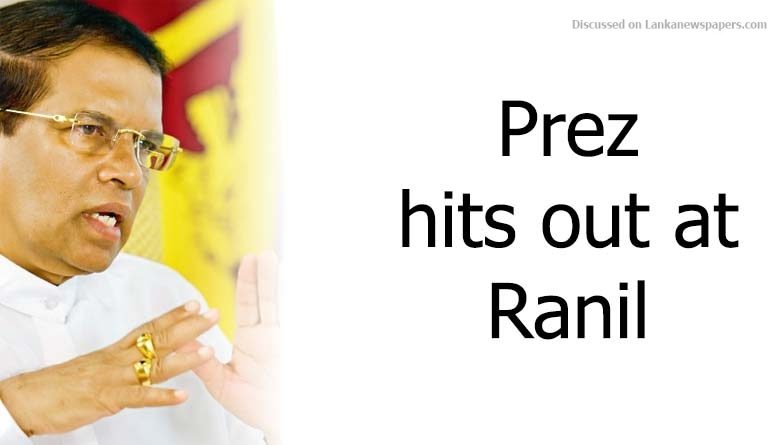 The CCEM was established to make recommendations to the Cabinet of Ministers, on the implementation of laws and related subjects, concerning economic affairs, monetary and financial policy, national investment programmes, facilitating private sector investments, investments and the general economic development of the country.
The Committee, headed by the Prime Minister, had powers to fasttrack investment projects including the ability to engage directly with line Ministries and the Board of Investments.  Members of the Committee included former public servants R. Paskaralingam and Charitha Ratwatte.
Some Cabinet Ministers had previously complained that the CCEM had too much power over the economy.
Earlier this year, President Sirisena had asked that the Committee be dissolved and be replaced with a National Committee or ad hoc committee, comprising Cabinet Ministers, to take these decisions. He had said that there was a perception in the country that the economy was not functioning for the benefit of the people and that he wanted more control over the decisions.
Last month, a Cabinet Paper was approved by the ministers to abolish the Committee, but the Prime Minister had asked for three weeks to finalize the matter. Our sources said that yesterday when the President had asked for the progress in this matter, Wickremesinghe had asked for three more weeks’ time.
This had raised the ire of the President who had remarked, “I can’t work like this hereafter.” He had said that he wanted the matter implemented forthwith.
The open clash in the Cabinet underlines the tensions between the President’s Sri Lanka Freedom Party group of Ministers and the United National Party, with just days to go for a crucial vote of No Confidence against the Prime Minister.