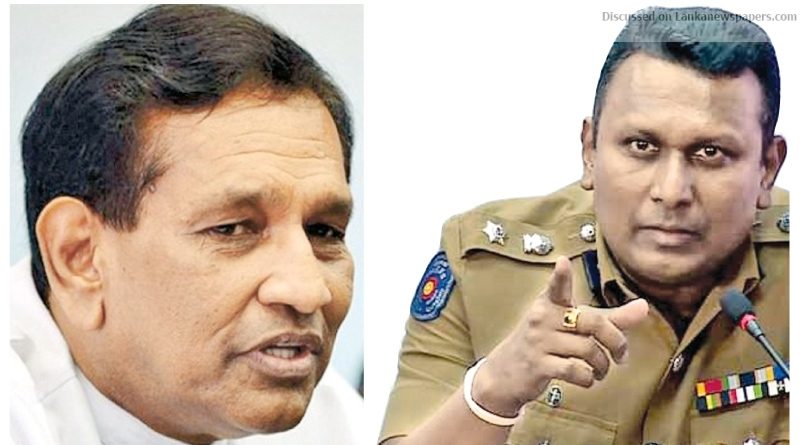 As investigations into the riots in Kandy continue, co-cabinet spokesperson Minister Rajitha Senaratne strongly insisted yesterday that no minister in government was involved in the incidents which unfolded earlier this month.

Instead, he said five members of the Sri Lanka Podujana Peramuna (SLPP) have been arrested or investigated with regard to their role in the riots.

From March 4 to 18, 314 persons in total have been arrested for committing racially motivated crimes in Kandy. Of this number, 205 were from the Kandy district (72 arrested under normal law, 133 under emergency) and 109 from other areas of the country (74 under normal law and 35 under emergency), Minister Senaratne said at the weekly cabinet media briefing yesterday.

The Minister who read of the names of SLPP members arrested said, “On March 6, Menikhinna police officers arrested SLPP member and councillor Gamini Rajapaksa while setting fire to the Menikhinna mosque.He has been remanded until April 2. On March 5, SLPP Pradeshiya sabha member Araliya Hotel Sampath was arrested for attacking and setting fire to Muslim businesses and mosques in Digana.

SLPP member Deepthi was arrested for setting fire to a shop in Pallekelle, Nattaranpotha. SLPP members Ven. Piyaratne from the Namadewala temple and a monk from the Godamuna temple in Teldeniya were arrested for attacking mosques and businesses in Digana,”.

Investigations are also being carried out on the role of a Joint Opposition MP who went around threatening police officers and asking them not to act, he added. The Secretary to the MP is also being investigated.

Police spokesperson SP Ruwan Gunasekara in the meantime said a team of Special Investigation Unit (SIU) officers have also been sent to the affected areas to look into the conduct of police officers during the riot. Another team was sent on Tuesday (20) to investigate further into the incidents in Kandy, he added.

“Though many fault the police, there were police officers who also implemented the law. We shouldn’t forget that”, said Law and Order Minister, Ranjith Maddumabandara who was also present at the briefing and he said he too has appointed a team under an additional secretary to investigate into the conduct of police officers.

Minister Senaratne in addition revealed that a separate investigation was also being carried out to ascertain the role of security force officers in the riot, “There is certain information with regard to their involvement that has been unearthed”, he said.

The Campaign for Free and Fair Elections (CaFFE) in the meantime has alleged that the former National Police Commission (NPC) Secretary, Ariyadasa Cooray was removed because he had asked for a report on Teldeniya incidents from the IGP. Minister Maddumabandara however denied such allegations and stressed that it was an independent commission and that the removal was an internal matter.